Cricket crazy Kolkata soaks up to the World Cup fever Nostalgia, heartbreak, ecstasy, agony, pain, tears, smiles, hugs - you can get all of them in little above 7 hours. Trivia, quiz, fun fact, stats, analysis, third umpire, stump mic, hawkeye all will be pronounced more than ever in the last 4 years. It's the Cricket World cup and as someone said there are three things which unites a vast and diversified country like India - Cricket, food and Bollywood. Indeed nothing sells like these also.

The timings are perfect this year as the matches are happening in England. Most of the times the second innings of the match is in the evening. Perfect set up to sit down with a beer, some good food and friends and cheer for your favourite team. This World Cup is also perhaps special for Indians as it was the same country wherein 1983 the watershed moment of Indian Cricket happened. 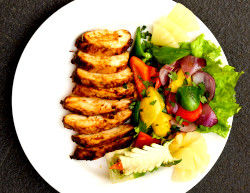 Pour House - The gastropub has a special menu with starters and cocktails and mocktails with a live screening of matches. Virat's Rajma Galouti, Warner's Paneer Tikka Pizza, Mini Stuffed Nun Bites, Jamaican Jerk Chicken, Chicken Tikka Pizza, Fish n Chips are some of the finger foods to look forward to. In cocktails, there is off spin based on whiskey, Hattrick ball which has three bartenders special shots, Kohli's Iced Tea with Vodka, Gin, White Rum, Tequilla. There are mocktails too like cricket ball punch, Dhoni cooler and Stoke's Mojito.

Blue Fever at Monkey Bar - The Blue fever is on at Monkey Bar till July 14th. Its all Blue cocktail menu for the World cup keeping in mind India's jersey colour. Hit Wicket throws up a surprise in the form of 5 spirits together along with Blue Curacao, LBW or Leg Before whiskey is with Whiskey with bitters. Hi Score rum will be best for a high scoring game where one can taste Bacardi White rum with Blue Cracao syrup, lemon grass and lime juice. There is a Gin swing too and Mongoose Bat which has Vodka with fresh lime juice litchi juice layered on Blue Curacao. Who can forget the finger foods like Flutter fly Chilli Cheese Dragon Rolls, Loaded Nachos, or then Chicken 65 or Lal Maas Phulka Tacos.

Cost - INR 1800 plus taxes for two with alcohol 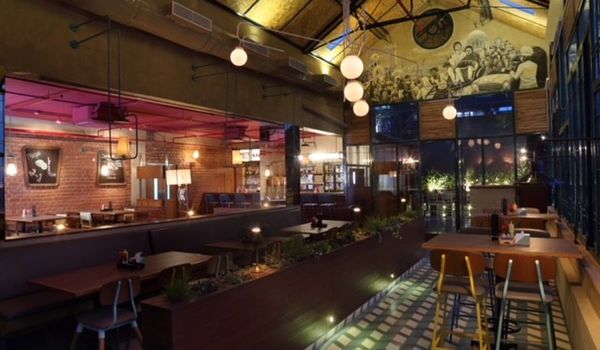 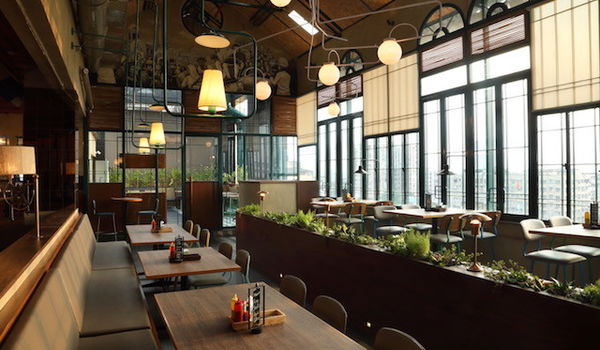 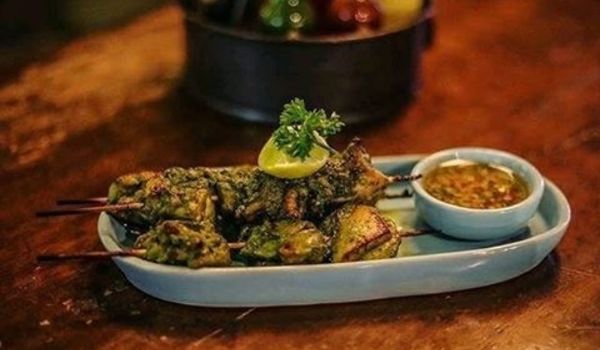 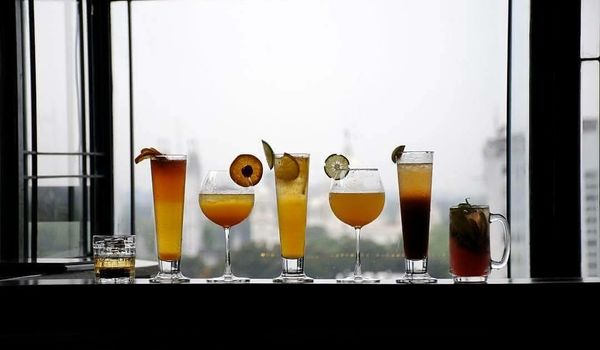 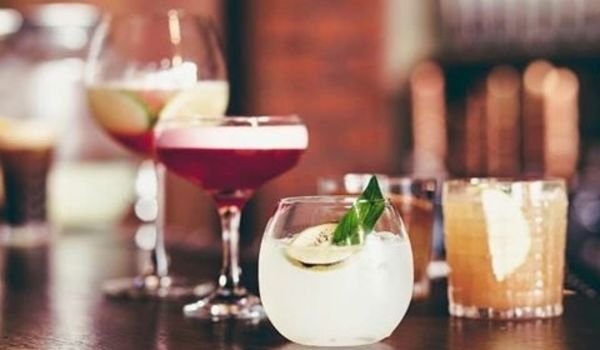 Enjoy an Extra 25% off upto Rs. 800 when you pay via the EazyDiner App

World cup special brunch at JW Kitchen, JW Marriott - Its the initial days but slowly as the temperature of World Cup rises, Sundays won't be also same again. In tune with that, JW Kitchen has a special brunch planned. In an effort to represent world cuisine, the Sunday brunches at JW Marriott will have special dishes from the participating countries in the World Cup. Fish n Chips, Bakewell Tart, Beef Wellington, Bangers and Mash, Steak and Kidney pie from England, kiwi burger from New Zealand, Dhakai fish curry from Bangladesh to name a few. There is Kottu Paratha, Chopan Kebab and Biryani amongst a whole lot of others from India. There is also world cup themed cocktails like cover drive, full toss, extra cover. This is only available for Sunday brunches. 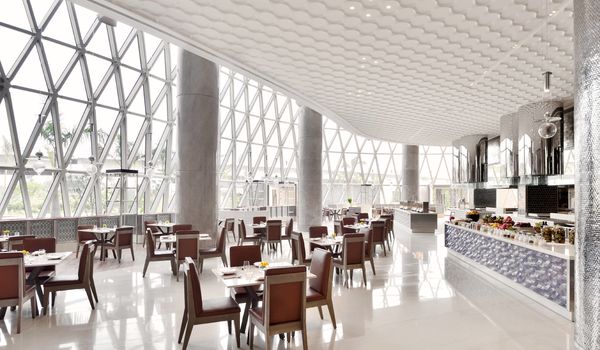 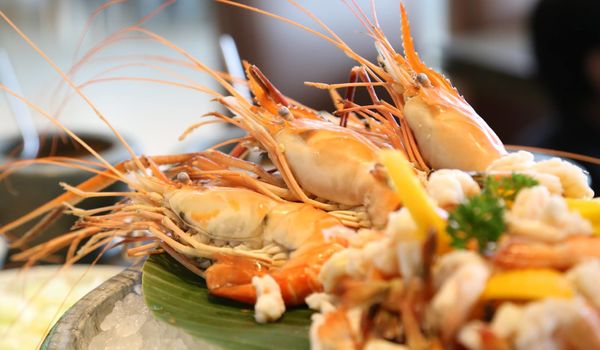 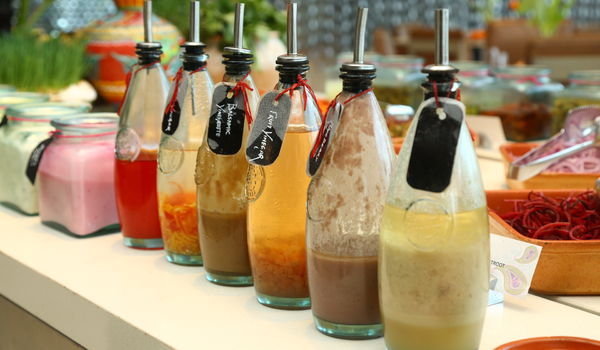 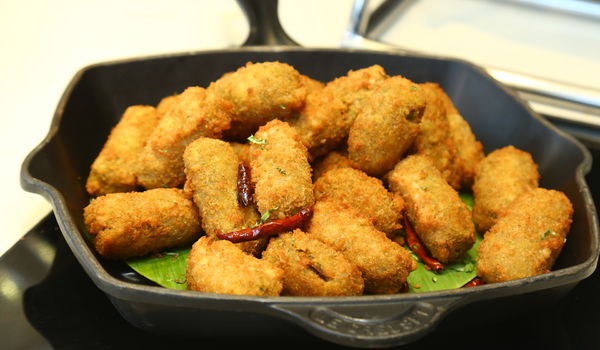 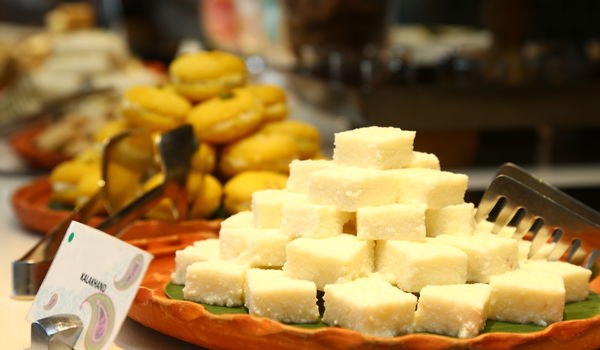 Irish House - There are beer bucket deals and one can also pair them with variety of delicious options which one can make on their own like Armagh mushroom bites, crispy onion rings, Honey sriracha potato bites, Mini tacos, bacon wrapped chicken sausage bites etc. Any 4 veg appetizer is for INR 595, 6 veg appetizer is for INR 895, 4 non-veg at INR 895 and 6 non-veg appetizers at INR 1295. There are also shots of trays for 4 or 6. In addition, there are games during the cricket matches and correct prediction of winners earns one a free beer on the house.

Bhaji's Calzone at The Parking Lot 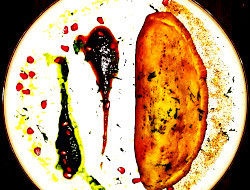 The Parking Lot - The gastro pub has introduced special dishes like Mahi's Mint and Penne, Captain's Got Wings, Bhajji Calzone, Rohit's Stick and dip to name a few. The match being telecast live on giant screen one can also enjoy, various offers on beers and beer buckets.

Aussie Shrimp at MYX and OTT 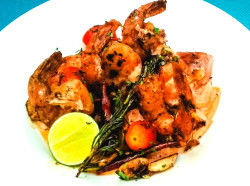 The Myx Bar and Kitchen and Over the Top Bar at Myx - Its Beer and Hookah offers here with several combinations. There is kebab, burger, pizza and many more with various combinations to quench your thirst as you enjoy the live screening on the big screening. There is a specially curated menu in the name of Cricket World cup tastes and flavors named after various countries and includes various combinations. There is Vegetarian Gilafi Sheek Kebab, Proper Beer Bettered Fish and Chips, Aussie Chili Shrimp with Chili Lemon Mayo, Bangladeshi Fish Tikkis, Lamb Chapli Kebab and various others paired with beer and hookah

Echoes - Run by specially abled staff, Echoes located at Topsia Road has a special world cup menu named as Le Kar Rahenge which has the concept of Thandi Beer with Garam Kebab. One can select a bucket of five beers from various brands. There is Hit with LiIIT where at INR 999 per person one can order unlimited Long Island Ice Tea with a plate full of starters. The starters have Chicken Popcorn, Peri Peri Keema Fries, All Chicken Fried Board to name a few. There is a live screening too.

Cost - INR 1400 plus taxes with alcohol for two 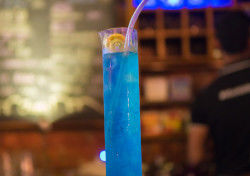 Traffic Gastropub - The 25 ft bar is the longest in Kolkata and a favourite hangout place for youngsters in Kolkata. Flavoured LIITS and lip smacking dishes are on the offer for its patrons so that watching the World Cup matches become even more interesting and enjoyable. In the LIITS one can enjoy Bleed Blue for Indian Team, In the name of Lord's for England, Thunder down Under - a light yellow LIIT for Australian team. There are also LIITS named after all the participating teams. Each drink is priced at INR 499. From the menu one can select from Chittar Chili Chicken, Tandoori Hot Dog, Popeye's cheese spinach roll, Paneer Jhunjhunwala amongst others. In the desserts there is back to school and tea stall cheese cake.

Cost - INR 1000 plus taxes with alcohol for two

De Villers' Lap Shot at The Lords and Barons 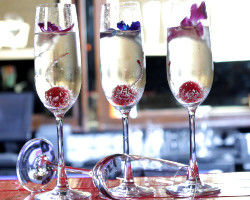 Cost - INR 1200 with alcohol plus taxes for two

In addition to all this, there are various discounts and offers running across various outlets. Wilson's the pub at The Lalit Great Eastern Kolkata has unlimited pouring at INR 1600 ( All-Inclusive), Level Seven another gastropub unlimited IMFL pouring with starters at INR 2000 per person and foreign liquors at INR 3000 per person. The Bakstage has various offers on beer, domestic whisky and Vodka and other alcohols and Motor Works Brewing company has various offers combined with Pizza and chakna and beer at various prices.

Get Saucy With These Baked Pastas In Delhi NCR