Places To Visit For The Perfect Food Driven Experience 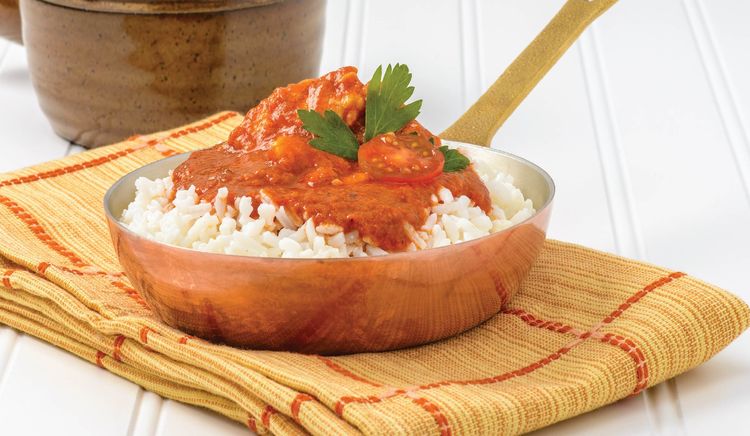 Kolkata might not have a stunning (or long) line-up of celebrity chefs in a way Mumbai or Delhi does, but the city still has a few fantastic Chef-driven fast-casual outfits to boast. From global classics and contemporary European to quirky takes on local cuisine, the city’s very own chefs are designing interesting menus riding on global trends and local tastes. Here are a few places, old and new, that you must try while in the city.

With the launch of his restaurant Bohemian Chef Joymalya Banerjee (he was with Oh Calcutta at one point) redefined contemporary Bengali cuisine with dishes like panch phoran flavoured chicken escallops and barbecued pork ribs flavoured with nolen gur and kalo jeere. He has taken his game to a whole new level with his menu – a stunner. Banerjee stews local kajoli fish stuffed with egg yolk mousse in a orange and cumin broth, his prawn and crab dumplings come in a spicy nolen gur reduction and he serves his royal Bengal liver pate and dried mangoes on crisp toasts. A few of the old favourites, like chilli pickle and cheese devilled crabs with kolmi greens and bacon wrapped chicken in aam kasundi reduction, are still on the menu.

Professor-turned-chef Sambit Saha who owns Spice Kraft in Ballygunge displays a similar penchant for quirky experiments with his food. The menu at this restaurant is surprisingly long, with wide choices of Indian, Oriental and Mediterranean dishes. But the highlight of his menu is his signature entrées that ride on elements of molecular gastronomy and a quirky play of flavours.  He makes Kibbeh with Hyderabadi mutton haleem served with gherkins and garlic tzatziki and his Bacardi lemon infused tandoori sausages come with churan spiked blueberry dip.  Plus there are molecular cocktails and mock-tails to go along.

When it comes to experimenting with food Chef Pradip Rozario has been one of the pioneers in transforming the city’s food fabric. Back in 1994 (at a time when the typical Calcutta diner still swore by heritage platters dished out on Park Street and Tangra’s signature Chinese) Rozario gave the city its first restaurant serving Italian and Mexican fare, Kurry Klub, on Sarat Bose Road (who knew then, that this area would emerge as the city’s new eat street two decades later). A decade later he launched KK’s fusion where he served his signature fusion fare tossing up dishes like lentil risotto served with fried fish, mash and Schezwan sauce and baked Kolkata bekti laced with coriander and Gandharaj lime pesto. The menu includes extensive Indian and Oriental sections but go to KK’s Fusion for Rozario’s quirky fusion fare.

Earlier still, in the late-80s-early-90s Bibi Sarkar introduced the city to dishes like moussaka and paella at her restaurant Tajaa’s – perhaps the city’s first veritable global-dining restaurant with everything from Burmese khao suey to cajun-style barbecued ribs and cannelloni. This was at a time when the city was anything but adventurous in terms of food, but Taaja’s turned out to be a super hit. The restaurant shut shop almost 24 years later (in 2009) due to labour problems. But Sarkar came back with a bang a year later with her new restaurant Bibi of Taaja’s, this time at a new address, near Dhakuria. The 40-seater restaurant has a truly globetrotting menu and some of the old Taaja’s signature dishes continue to be on the menu. This is still the go to place for people looking for sumptuous food – nothing fancy, just classics.

Cut to Chef Sushanta Sengupta, one of the partners at Savourites Hospitality who launched specialty Bengali restaurant 6 Ballygunge place in 2002 and Oriental dining destination The Wall in 2007. The Wall was perhaps the first free standing restaurant in Kolkata to serve extensive Japanese fare and 6 Ballygunge place is one of the most popular addresses for Bengali cuisine, with a menu comprising heirloom dishes like hansher dimer devil, chingrir pulao and chitol machher muitha. 6 Ballygunge Place has recently received a facelift with a whole new decor and new section on the menu, ‘Bengali Continental’, a selection of the city’s trademark Raj-era specialties like roast lamb and chicken àla Kiev.

But when it comes to the city’s expat chefs Shaun Kenworthy’s name stands out. The UK-bred chef with an illustrious résumé launched his first restaurant in the city, Blue potato, in 2006 (the restaurant shut down a few years later) and has been consultant to a few of the city’s favourite restaurants including the legendary Flurys. In August 2014 Kenworthy, a partner at Olfactory Hospitality Pvt Ltd, launched 16:58 Bar + Kitchen with an ambitious menu riding on his signature culinary sensibility. His contemporary European offerings, especially his skinny pizzas, homemade masala fries and signature desserts, were super hits. However, the place has been recently rechristened as 16:58 - The Exchange along with a change in format (it is now an all day pub with live music et al). You could sample dishes like risotto with river fish and tomato ragout and mixed berry crème brûlée with couscous, apple and ginger ale.

Kolkata has long regretted the lack of a happening burger scene. But, no more. At the recently revamped Ruby’s Grill (an American-style diner on Dover Lane) the owner and chef Manish Das turns out fantastic beef burgers in addition to dishes like barbecue pork ribs, Louisiana blackened fish and Creole fish fingers. Finish their giant Challenger Burger in 15 minutes and it is on the house.

On the other hand Chef Mark Biswas, along with his brother Patrick, has opened a small take away joint in Kasba from where they dish out an assortment of burgers (with the frills) like the Texan, a tall beef burger topped with crisp onions rings and barbecue sauce or the morning joe that comes with baked beans, bacon and fried eggs along with a quarter pound beef patty.

One of the latest additions to the city’s restaurant scene is Chanda’s Khaukswey, a 14-seater specialty Burmese restaurant launched by Chanda Dutt (she is also the wife of musician-filmmaker Anjan Dutt) whose culinary skills have wooed the city’s adventurous diners for years now. She started out by serving traditional Burmese food at pop-ups she organised at her home before taking the plunge into the restaurant business. Her Khaukswey is legendary but the menu at the restaurant goes far beyond that. Besides the mandatory Khaukswey, try the red and gold pork curry and balachaung, a piquant dried shrimp relish.

Ultimate Foodie Hack: Here’s How You Can Avail A 1+1 Buffet At Gurugram's ‘Latest Recipe’ Using The EazyDiner App

Summery Scoops Of Happiness Near You In Delhi NCR

2022’s Bucket List Of Best Restaurants To Visit In Chandigarh

5 Best Summer Cafes To Work From In Bengaluru