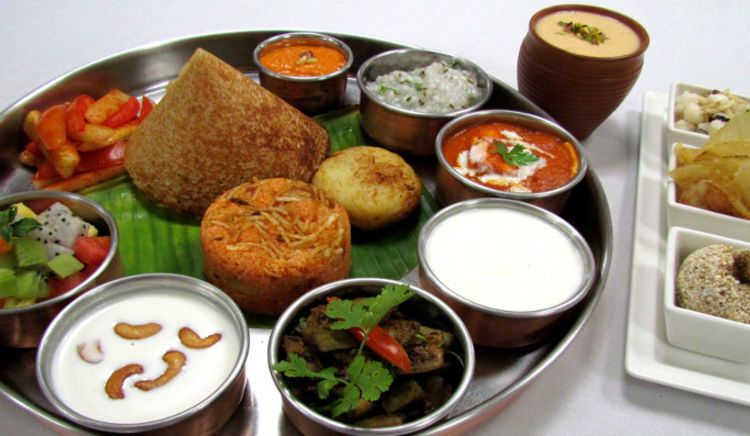 It is that time of the year again. The first set of Navratras of the year are underway, and for many diners, it is the time to fast and detox. But that does not mean you have to compromise on taste or eating out. The nine days of fasting also brings in customary Navratra specials in menus across fine-diners and restaurants in the city. Even for those who do not fast, but choose to skip non-vegetarian meals during the period, this becomes an opportune time to treat one's taste-buds to some exciting vegetarian and satvik (sans onion and garlic) fare. Here is a look at what’s on offer in the city.

Invoking the spirit of Navratra, JW Marriott Chandigarh is celebrating the occasion with a Satvik Food Festival. What makes the Satvik food festival special is the fact that the dishes on the menu have been handpicked from different states of India. On offer is a melange of flavours. So you have the likes of Kashmiri Methi Chaman from Jammu and Kashmir, Chana Madra from Himachal Pradesh, Gatta Curry from Rajasthan, Qasar-e-Pukhtan from Uttar Pradesh, Nilgiri Korma from Andhra Pradesh, Amritsari Gud Ka Kaada from Punjab and Paruppu Payasam from Tamil Nadu, to list a few. The festival brings in a live smoothie counter serving refreshing and nutritious smoothies including Ashwagandha Smoothie, Gotu Kola Smoothie, Saffron Smoothie and Tulsi Smoothie.

Through the Navratras, guests visiting Social can look forward to a range of Satvik food. A team of specialized chefs have put together a cyclic food menu using Satvik ingredients. If you are looking to eat out during the fasting period but are keen to try a thali that packs in everything, then this is a meal for you. Shree Rathnam has put together a special thali keeping the Navratras in mind. The all-Satvik specials include Kuttu Ke Atte Ki Puri, Paneer Makhani, Sabudana Papad, Kheere Ka Raita, Fruit Chaat, Sabudana Kheer and more. The Chaach here is very refreshing. One of the most popular north Indian restaurants in the city, Baluchi is offering a Navratra thali too. It is a wholesome meal for those breaking their fast and packs in the essential dishes. What's more, Baluchi makes it gourmet spread with as many as 9 dishes on one plate. The Satvik special also includes refreshing Raita.

It is the perfect place to enjoy with the family in a traditional ambience. And if you have members in the family who would like to try Navrata fare, then Baithak does not disappoint. The chefs have curated a separate Navratra menu that offers dishes like Banana Pakora, Kuttu Samak Pakora, Sweet Potato Tikki, Paneer Ki Sabzi, Aloo Kaddu Ki Sabzi, Arbi Ki Sabzi, Makhane Ki Sabzi, Kuttu Atta Puri and more. The dishes are flavoursome and the pakoras are well done.

Making sure that diners at the Country Inn and Suites by Radisson have a Navratra option, the hotel has put together a special Navratra Thali that offers quintessential dishes like Kuttu Ki Poori, Aloo Ki Subzi, Paneer Ki Subzi, Samak Ke Chawal etc. The Sitafal Ki Subzi and Kachhe Kele Ke Kebab are a must try here. All the dishes on the thali are prepared using sendha namak.

If you are looking to dine out in Panchkula and need a recommendation for a restaurant that also offers Navratra fare, then you can opt for Masala Grill at The Cove. While a robust buffet spread is among the restaurant's USPs, they now offer a Navratra thali as well with dishes made using Satvik ingredients.

A seasoned journalist, Jagmeeta has worked with The Indian Express for 16 years writing extensively on food, popular culture and fashion. A Master's in English, she completed her honours in Journalism from Delhi University and started her career in journalism with New Delhi Television (NDTV) as a reporter. She was part of the launch team for NDTV.com. Having turned a freelance writer and editor in 2016, she has been writing for The Hindustan Times, Chandigarh and is also a contributor for The Voice of Fashion steered by IMG Reliance Ltd as well as Chandigarh's popular lifestyle portal - simplythecity.com. When she's not reviewing food or dissecting the season's trends, she likes to travel with her daughter and husband, a professional photographer. A photography enthusiast herself, Jagmeeta has also curated photo exhibitions and calls herself a collector of cookbooks and recipes and a proud 'fauji' daughter and sister.

Other Related Food Trends | All About Food in Chandigarh Eat Green At These Top 5 Vegan-Friendly Restaurants In Bengaluru Restaurant Spotlight: Sammy Sosa – Enjoy Authentic Mexican Fare With Beers From All Around The World, in Oshiwara, Mumbai 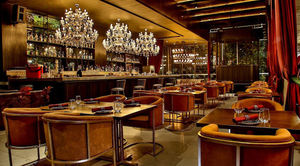 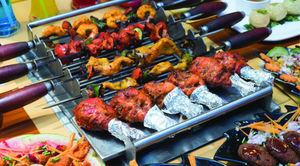 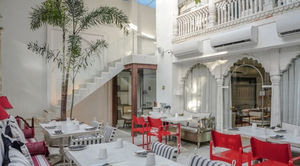 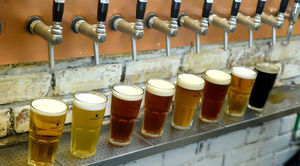 Popular Locations for Restaurants in Chandigarh

Top Restaurants in Chandigarh | See All