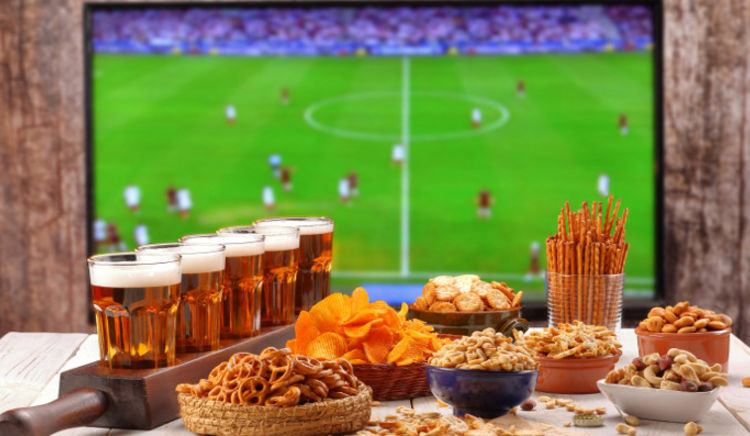 Kolkata is a football crazy city. If you are visiting Kolkata these days, do not be surprised if a locality has national flags of Argentina, Brazil or Germany put up across the streets or walls are painted with pictures of legends. The actual hype and not to be missed matches start in World Cup Football from Knock out stage. Upsets, dark horses marching ahead, Demigods of Football coming to terms with reality, new superstars coming up - it sees all. This World Cup is few matches old and if morning shows the day then the gut feeling says that there can be many unforeseen upsets before the knock out stage and who knows, maybe you would not be able to see the Prince of Football Messi after group league matches or the relentless power football of Germany may again have to wait for another 4 years . I would say do not waste time, go out and enjoy the next match in these places.

4 large screens have been set up in this restro-pub for the screening of football matches. The special Veg and Non-veg starters have got a makeover and interesting names like Ooh iI's A Foul, Maradona The Real Coach, Penalty To Win, Goal Keeper to name a few will be there to welcome you along with your favourite choice of spirits.

Our pick: The Striker which is a mixed platter of Non-Veg @ INR 350 is a super starter as well as Gather Around which is a veg platter of 4 different variety of cuisine

The only hotel in Kolkata situated within one of the largest football stadiums in Asia, The Salt Lake Stadium, would not celebrate the biggest Football celebration on earth is hard to accept. Heka the lounge has introduced special popular dishes handpicked from various countries like Argentina, Germany, Brazil, England, Mexico etc. In addition to this, you get foot-tapping music and from 08:00 pm onwards and on the spot games to win prizes. 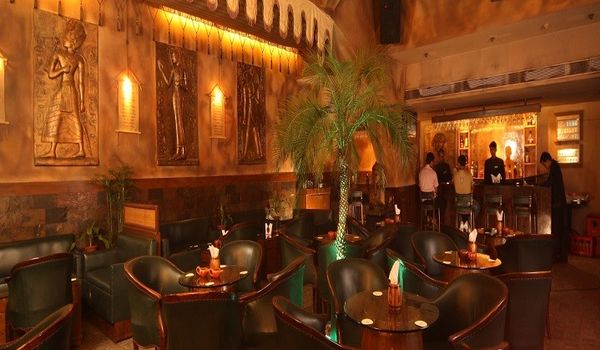 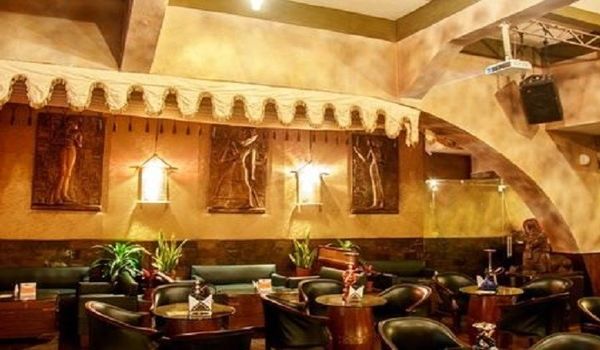 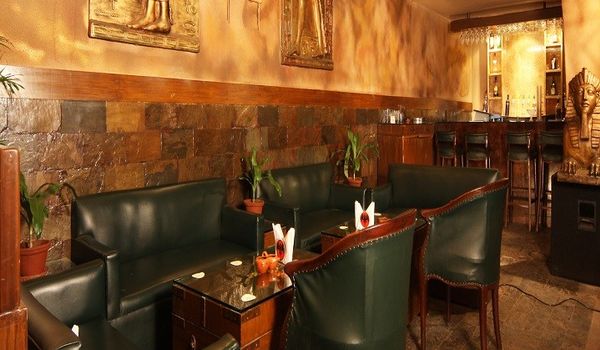 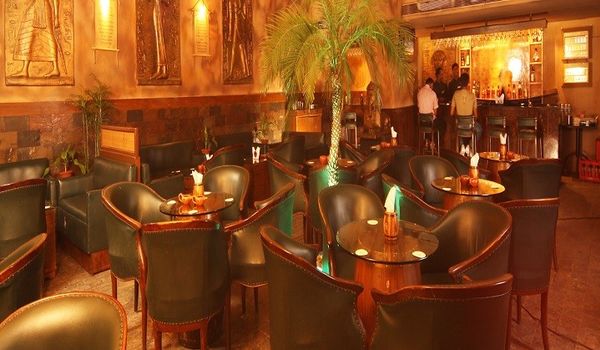 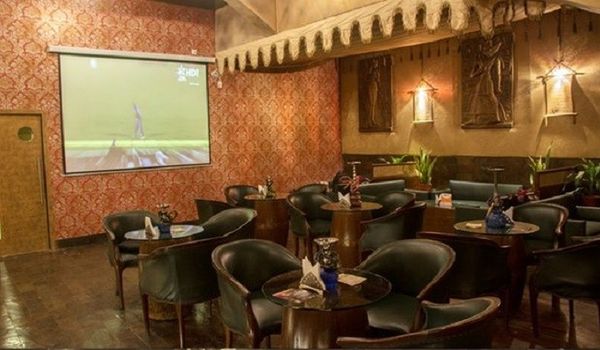 Rasam is the South Indian Restaurant in The Stadel and it has also got soaked in the football fever and is offering South Indian dishes inspired from countries with names like Russian Dream, Mexican Wave, French Kick Dosa, Spanish Tiki Taka Uttapam, Belgium timing Mocktail Egypt King Style Shawarma paired with Dosa.

Threesixtythree° and The Bar - The Oberoi Grand

How do these names sound to you - Goal, Penalty, Header, Free kick, Hand of God, Striker? If you are a football fan then these are the words which will be top of recalls for you in this season but these are also the innovative names which are in the form of the cocktails which are getting served in both these outlets as a part of World Cup fever.

Cost: INR 750 plus taxes per drink 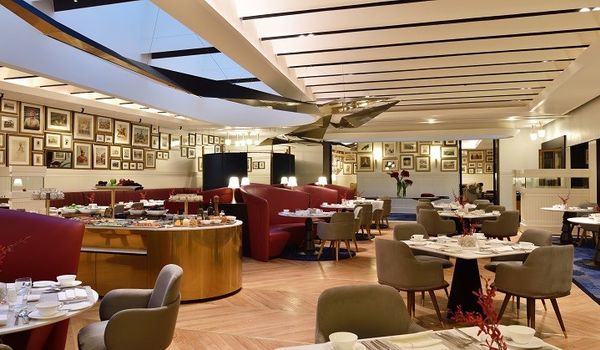 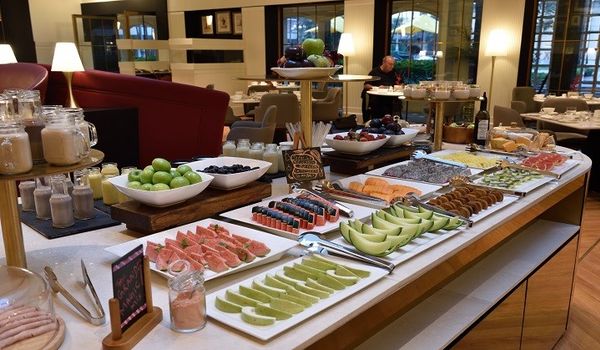 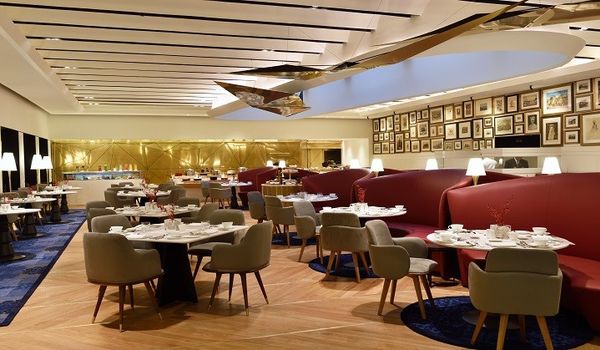 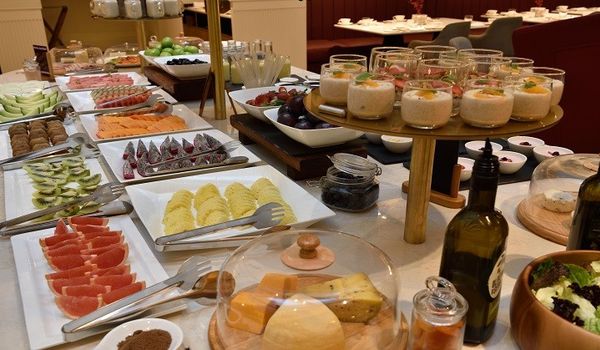 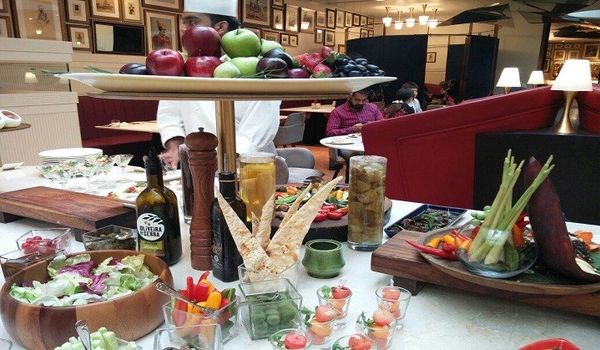 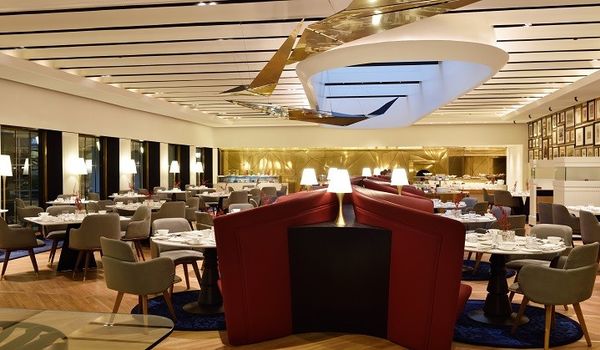 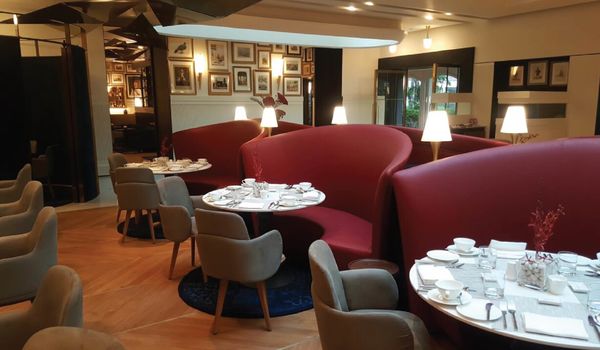 It is almost a carnival time in Monkey Bar Kolkata. Large HD Screens with the restaurant being split in 2, so that you can pick your side and cheer for them. The special food dedicated for football festival includes Salty Fingers - a Monkey Bar take on English fish and chips, Football Farsan Frickles which is deep fried pickled cucumber, carrot and daikon radish chicken dip and corn chips and not to forget, Mini Bunny Chow an adaptation of the classic South African snack and also Kahn's Hot Dog. Exciting games, while the game is on, includes Flip Cup, Beer Relay and Foosball.

Our pick: No. 10 - A tribute to the legends of the game which is Chilli Pork Belly toasted in roasted garlic chilli and shallots

Plenty of options available for the guests here who can walk in to watch the match on giant screen. There is Mexican Lions, French Pride, Viva La France, La Furia Roja which is Spanish style chicken wing with crispy potato wedges etc. One can also order from World Cup Special Vegetarian and Non-Vegetarian Platter.

It is World Cup rush here with special concoctions like Dribble, the world cup mix and then there is Chicken Goal post kebabs chicken marinated in house spices and grilled in clay oven and Paneer Free Kick Cottage and Goat Cheese wrapped in a crunchy coat of oats.

Get a Season ticket as a part of the ongoing promotions at The Irish House Kolkata. At INR 2500, get a season's pass which entails 50 beers (2 beers per match) and 25 appetizers (1 appetizer a match) and a 15 % discount on all a la carte orders. In addition, there are promotional activities like prediction cards, special offers on platters and pitchers and beer bucket deals. 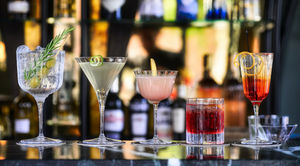 Top 6 Spots In Mumbai That Serve Some Of The Best Cocktails: MUST TRY! 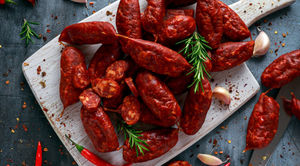 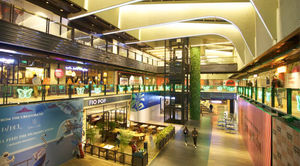 11 Exceptional Restaurants at DLF Commons, Saket That Should Be On Every Foodie’s Dining Bucket List 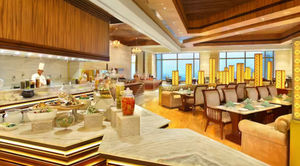 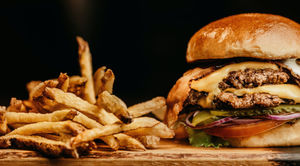