Pithe Puli, Pongal, Sarson Da Saag and Makke di Roti - you will find these all in these restaurants during Sankranti 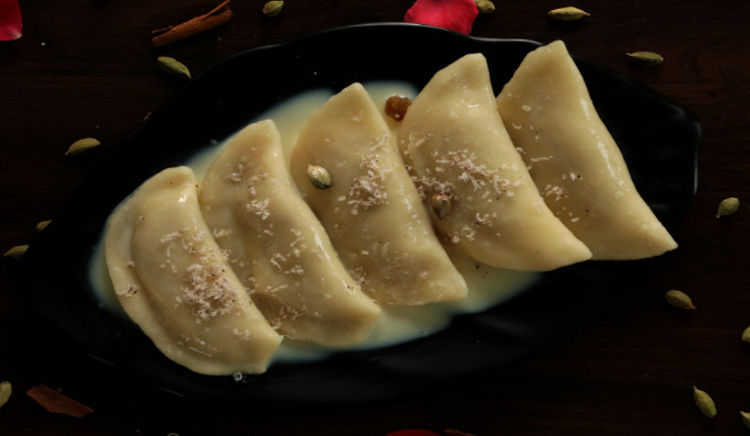 The festival which used to be confined to the home kitchens involving female members of the family coming together, passing on of recipes from generation to generation, is now taking the main stage. We are speaking of Sankranti or the Harvest Festival which marks the beginning of the end of winter and start of longer days and harvesting winter crops. This is perhaps one of those festivals which is celebrated on the same day across the country in different names but with a rich array of traditional food representing culinary heritage of the country. Lohri in Northern India, Pongal in Southern India, Bihu in Assam, Sankranti in West Bengal, Uttarayana in Gujarat, to name a few. These Restaurants in Kolkata can offer you a slice of all the famous lip-smacking dish that you may have grown up with relishing from your family kitchen.

The pure vegetarian South Indian Restaurant Rasam of The Stadel in Salt Lake is celebrating its 3rd Anniversary from 12th to 17th January, 2018 and the a la carte menu will comprise of some of the best South Indian dishes like Mokkajona Ulli Vepudu, Pesarattu, Venn Pongal, Bisibele Bhath, Sakkarai Pongal, Apam with Korma, Kanchipuram Idly, Tomato Rice with Korma, stuffed Bhapa Idly, Adapradhaman. Open from 12 noon to 10:00 pm on weekdays and from 07:00 am to 10:00 pm this is a place which you must surely try out this weekend

As this festival falls in the month Poush, Makar Sankranti is also known as Poush Sankranti and winter produces and Aaheli embarks this with Mulor Payesh (Radish Kheer), Notun Gurer Doi Kalash and Notun Gurer Chomchom in desserts. Winters in Bengal mean winter special Khejur Gur or Date Palm Jaggery and addition of this in the desserts add a distinctive flavour. In the main course, there are dishes like Piyaz Kolir Milmish, Palong Murgir Bhinno Swad, Palong Seem Bhaja and more.

Pithe and Puli, the traditionally stuffed rice dumplings of this season are ones to die for. Add a hint of seasonal Gur and that is perhaps the best dessert you can enjoy now. Pithe Bilasi is one of the places which serves these throughout the year and they have Baked Patishapta, Coconut Kheer Pathishapta, Kheer Pathishapta, Kheer Gokul, baked Gokul, Coconut Ice Cream Gokul, Mohan Puli, Doodh Puli, amongst many and not to forget Nolen Payesh.

Started out as one dhaba, they have branched out to several locations now. This place is a reminder of everything North Indian. What is a Lohri without Sarson da Saag and with Makke Di Roti and this is a place where they serve one of the best in the city.

Sherry Malhotra has earned a reputation in the city for her lip-smacking pop up from Punjab as well as from across the border and Himachal. Her diverse heritage gives her the advantage of traditional recipes from these places. To celebrate Lohri, she is hosting yet another pop up with dishes like Makke Di Roti, Sarson Da Aag, Gur Ka Halwa, Kumbh Ki Tikki, Masaledaar Raan Mussalam, Methi Machhi and more. The pop up will be held on the 14th of January at 7 pm at her residence at Active Acres and is a pop up to look forward to.

Khandani Rajdhani offers you the best of the harvest festival across the country from Rajasthan to Punjab to various other parts of the country. One can start the meal with Bikaneri Bajda Khichdi from Rajasthan, Makai Saheli made from freshly produced corns, Moong Dal Puri , Khajur Puranpoli, Aamchoor Launji to name a few. An impressive dessert spread that they offer will have til Singdana Gajjak, Gud Til Laddoo, Rajwadi Karanjiya, Angoori Apple Kheer, and Mawa Malpua. This specially curated menu for Harvest Festival called as Utsav Festival is truly a representation of the rich tradition and heritage of Indian food.