The Biryanis of Hyderabad

Apart from the popular Zaffrani Biryani, there are many other varieties in Hyderabadi cuisine. 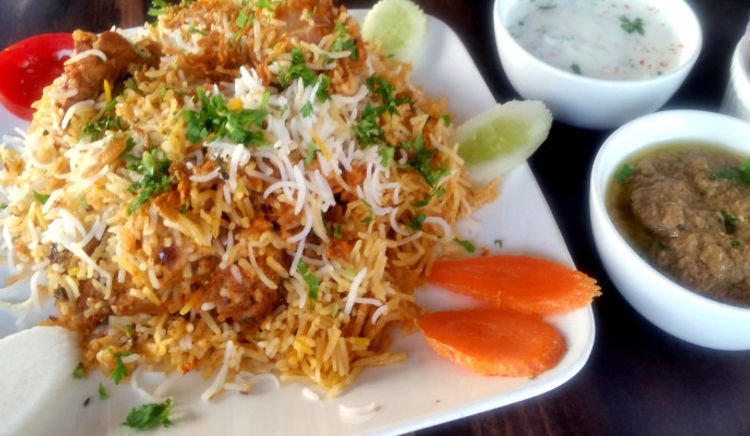 Whenever we think about the city of Hyderabad, the first two words that come to our mind are “Charminar” and “Biryani”. Celebrity Chef Sanjeev Kapoor refers to the city as the biryani capital of the world. People in the city are almost fanatical about the dish, any comparison with any other varieties of biryani from other parts of India is summarily dismissed. The preparation where rice and meat is cooked together in a sealed container is available at Irani cafes and hotels of any neighbourhood in the city

Biryani in Hyderabad was popularized a few centuries ago by the army of the Nizam. The army used to be constantly on the move, and there was the need for a dish which could be easily prepared and provided a wholesome meal. Biryani fitted the bill perfectly. It is said, that the recipe of biryani in those days needed to be certified by the Hakim so that it included many nutrients and provided strength to the soldiers.

The Hyderabadi Dum Biryani which is popular all over the world is also called the Zafrani Biryani. Though it can be prepared with any meat or vegetable, mutton is usually the most popular meat used in the city. The style of preparing this biryani is “Kacchi” which means the meat is cooked directly with the rice. The meat is marinated for quite a few hours in select spices like cardamom, turmeric, red chillies and garam masala, as well papaya paste which serves as a tenderizer. 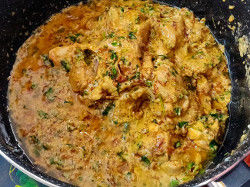 Rice is first pre-cooked to a certain extent, after which the rice and marinated meat are layered in a large container that is sealed and the contents inside slow-cooked for a long time. The name “Zafrani” comes from the saffron which is added to the dish before cooking. The biryani is enjoyed with Mirchi ka Salan - a local gravy cooked with green chillies and Raita. About 95% of the biryani which is you get in this city belong to this variety, which has strong spicy notes.

However, if you delve into Hyderabadi kitchens, there are few other types of biryani that you can find. 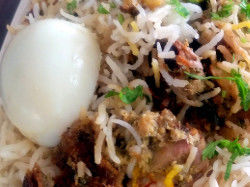 A variety is Sofiyani Biryani which is more flavourful than spicy. Fresh cream, milk and curd are used abundantly in this preparation, which is also popular in wedding feasts. Commercially though, this is not available in the city except for a handful of outlets.

A street biryani popular with the masses in Kalyani Biryani - an economical beef version which had originated from the Nawabs of Bidar. The family had shifted to Hyderabad after they lost their riyasat, and hundreds of bawarchis had also come in with them. With time, they had opened up small outlets all over the city, selling this poor man’s biryani.

Other varieties like Kofta Biryani using meat dumplings are available in some Irani hotels on designated days of the week. I have heard that there used to be a version of biryani for the extremely needy in the city. Known as Kachra Biryani, the preparation used the leftover offals from lamb instead of meat.

But then what about Vegetable Biryani? As per Nawab Mehboob Alam Khan, one of the most knowledgable persons on Hyderabadi food, the taste of a well-cooked Tarkari Biryani was second to only the mutton preparation. However, this biryani has to be prepared using strict procedures and cooked in dum.

A passionate food and travel enthusiast, Sabyasachi is quite popular in the food and beverages circles of Hyderabad, the city he has made his home for the last twenty-five years. As a much-travelled sales person, Sabyasachi has been exposed to many international cuisines as well as regional food from remote corners of India. He blogs about his food and travel experiences at Foodaholix, and is a frequent contributor of food-related articles to the print media. 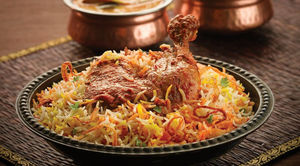 The Biryani Culture of South India