Biryani Joints in the City 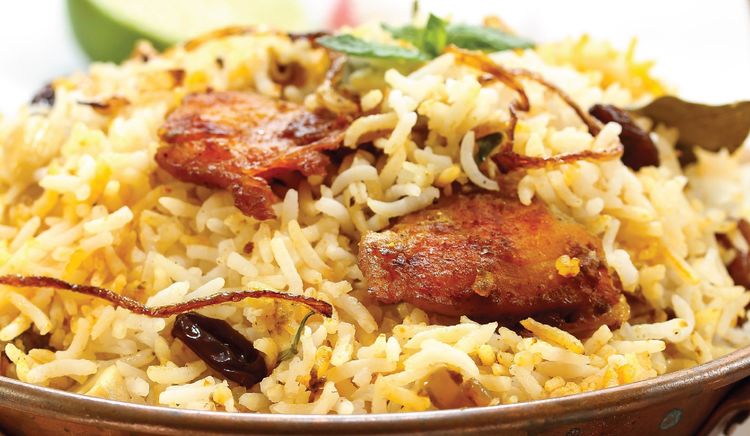 Kolkata loves its biryani as much as it loves its rosogolla. Since biryani came to Kolkata, it has been the centre of debates among its fans, ranging from which restaurant offers the best biryani in town to how the potato became part of Kolkata biryani. There is a difference in opinion from the descendants of Nawab Wajid Ali Shah (to whom the credit of introducing biryani in Kolkata is undisputedly acclaimed) about how the potato was introduced to Kolkata biryani – but we will address that another day.

Speaking about biryani outlets in Kolkata, there are many but only a few that are authentic and good. There is New Aliah Hotel in Bentinck Street that is more than 85 years old; there is Aminia, which opened on the same day as India got its independence; and then there is Royal Indian Hotel, which started in 1905. India Restaurant in Kidderpore (near Fancy Market) has been there for more than a century and offers an atypical Kolkata biryani. For most of these places, the ancestors of the owners or the head chefs have been associated with the Nawab’s Kitchen, so they will proudly claim the recipe to be secret and authentic, passed on from generation to generation. There are many more such as Nizam and Sabbir around Central and North Kolkata that offer some of the best biryanis and have dedicated followers.

The new age players such as Zeeshan, Arsalan, Bedwin and many more opened with a stand-alone outlet and soon branched out across the city. The last 15 to 20 years have seen the mushrooming of biryani shops all across Kolkata and South Kolkata finally getting its fair share of good biryani joints through these branches. Be it Shiraz Golden Restaurant, Arsalan, Aminia, Only Alibaba or Haji Ali, they have all opened several joints, some franchisee and some on their own all over the city and quite a number of outlets in South Kolkata. The latest name to join this brigade is Royal Indian Hotel, colloquially known as ‘royal biryani’.

One of the oldest biryani places, Royal has had this stand-alone shop in the busy locale of Chitpur for the last 110 years. It has stood through time and enchanted its patrons with the same old biryani for ages. The quality has never changed. It is as good as it was a 100 years back. Their biryani, the mutton chaap and the chicken chaap and many more mouth-watering dishes are hot favourites with the people of Kolkata and some claim that no biryani is as good as the royal biryani. Finally, after 110 years, they have ventured out. They have opened a new outlet at Ballygunje/Park Circus area. This one is spaced out over two floors and 160 covers, and has a brand new swanky décor with modern crockery and cutlery. They have two more branches coming out in South Kolkata soon. And the best part is, the biryani remains the same!

So all the best to Royal Indian Hotel for their new endeavour!