Best of the great food city People don’t always realise this but Bangkok is one of the world’s greatest food cities. Whether you eat on the streets or at a fancy restaurant, it is hard to go wrong.

Gaggan
The most famous Indian restaurant in the world (outside of India). According to the San Pellegrino list, this is Asia’s third best restaurant, ahead of every restaurant in India. That may sound a little silly (and it is) but Gaggan is truly the experience of a lifetime. Chef Gaggan Anand does witty and somewhat molecular takes on Indian favourites, changing the shape of the dish but preserving the flavours. Order the tasting menu but you should ideally book weeks in advance.

Nahm
According to the San Pellegrino list, this is the best restaurant in Asia. Within Bangkok, it is controversial largely because Thais resent the fact that Australian chef David Thompson has done such a great job of digging up old recipes and serving incredible but entirely authentic Thai food. The room at the pseudo-trendy Metropolitan Hotel in Sathorn is badly lit and strange but the food makes up for everything.

Bo.Lan
When David Thompson ran Nahm (see above) in London, two members of his kitchen brigade, a Thai girl called Bo and an Australian called Dylan Jones discovered a joint interest in food and in each other. They opened this Bangkok restaurant together even before Thompson opened Nahm in the Thai capital. Since then, they have distinguished themselves by serving traditional Thai set menus in non-trendy surroundings.

Breeze
Not as well-known as its older brother, Sirocco, this al fresco restaurant at the Lebua hotel lacks big brother’s glamour but the open-air setting is similar and the nouvelle Chinese food, overseen by Singapore’s best-known chef, Sam Leong, is outstanding.

Kalpapruek
You don’t have to go to the legendary original because this is now a chain with branches all over Bangkok and outlets in malls such as Emporium. But wherever you go, you will find excellent, authentic Thai food in smart surroundings at prices that are far cheaper than you may expect.

Other Related Food Trends | All About Food in Bangkok Unlock 2021 Second Edition: 8 Top Restaurants In Gurgaon To Dine At This Weekend 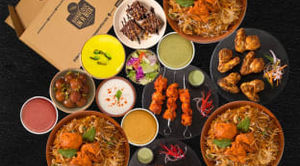 Spotlight Trend: Looking For A Place Delivering The Best Buffet In Town? Order Now From UBQ By Barbeque Nation 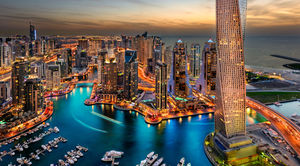